With cannabis becoming more available every single day and global legality within sight – it makes me wonder what the Mass Effect of Cannabis will be on our global consciousness?

This thought came to me when I was watching a JRE Clip entitled, “What Michael Pollan Learned from Quitting Caffeine for 3 Months”.

If you haven’t seen the interview, it’s very interesting. Essentially Pollan begins to explain how coffee had significantly altered the baseline consciousness of the masses.

Prior to Coffee being introduced as a beverage, people drank a lot more alcohol since it was safer than water at the time.

They didn’t have any real means of purifying their water and would frequently get sick from drinking unpurified sources. This is why alcohol, even with mild fermentation proved a safer option.

Can you imagine an entire global population drinking alcohol from the morning to the evening? This was “western civilization” up until about the 1700s.

When caffeine was introduced to the masses, something changed – a light bulb went on!

How Coffee Helped with the Enlightenment

According to Pollard, right after the mass acceptance of coffee, there was a noticeable shift in the public zeitgeist. People finally had the option to switch from drinking alcohol to drinking a non-alcoholic beverage that gave them clarity of mind and energy.

With this new substance coursing through their minds and bodies, they suddenly had a sense of “clarity” they didn’t have before. They didn’t get as “tired” or “numb” as they would with alcohol.

And like that, the popularity of coffee pushed this new frequency around the globe – forever changing the way we did things.

Of course, there were many other factors that were in play that helped push humankind to a next chapter in their mental and spiritual evolution – but one cannot deny the influence that coffee had within this process.

We can’t officially say that “cannabis is legalized” because there are still places where its completely illegal. We can say that it’s “in progress of legalization” – but until it is as legal as beer, it is still technically “illegal”.

Nonetheless, despite the illegality of the plant, the profound effects it has had on culture is undeniable. Songs were written about cannabis, movies were made with it as the central theme.

It became the unofficial activity of the counter culture. It was the means of rebellion without having to chuck Molotov cocktails at the police.

Cannabis as a drug became synonymous with freedom, it was the face of prohibition – but also the face of reform.

It is the most consumed illegal substance in the world and it continues to grow in popularity. Cannabis has been a significant part of our human heritage and could be one of the first crops we ever cultivated.

Yet for the most part – during the height of prohibition, most people abstained from cannabis. A few generations lived under this paradigm.

The Effect of Cannabis post-Legalization

Currently it may seem that cannabis doesn’t have a drastic effect on people post legalization. While this is true on the surface level – nobody is going insane and murdering people with an ax – there are subtle changes that are occurring.

For one, when you smoke cannabis your brain becomes more plastic. What this means is that you have more agility to think in a non-linear fashion.

For example, if you’ve always done something in a particular way to the point where you don’t even think about it anymore, you could – under the influence of cannabis – stop and think “why don’t I try it another way?”

This is a moment of neuroplasticity where you could stretch beyond the neurological confines of your typical behavior.

When you consume cannabis, these instances of neuroplasticity and atypical responses to typical situations – generates new neuro-dynamics, which then begin to weaving new neural networks.

If all of this is very confusing to you, it basically means that when you smoke weed you react differently to shit – and these reactions reinforces different reactions.

Over time, these small changes translate into major behavioral changes and ways of doing/perceiving the world.

What are the common Effects of Cannabis on Regular Users?

While it is entirely possible for people to develop a pathological dependence on cannabis, the vast majority of users maintain a healthy relationship with the plant.

Smoking marijuana has made me a much nicer and a much better person. It has opened up my mind and have birthed so many great ideas of mine and the solutions for different problems for things that were going on in my life. It has given me the initiative to look into real estate opportunities as – Redditor

“A much nicer person” and a “better person” are often things people cite after using cannabis. Since cannabis helps alleviate anxiety and stress, it also allows your central nervous system to switch from Sympathetic to Parasympathetic.

Or from “Fight/Flight” mode of operation to “Rest & Digest”.

Additionally, if you’re aware enough of your behavior – cannabis has a way of revealing bits of yourself that was once hidden to you. Giving you an opportunity for personal development.

Of course – some people smoke weed as a means to escape themselves, which in the right quantities is totally possible as well.

I Can agree with this. Marijuana made me a lot more chill. I stopped taking everything so seriously, learned to take a joke (and make a few), and learned to not give a fuck when things don’t involve me.

This sentiment was echoed by others;

Weed changed my life too. Having a different state of mind really makes a person change their way of thinking. Sometimes I would smoke, and sit there and ponder about my past, and the type of person I am. It made me realize that I take life a little too serious, and I really need to ease up and take it slow. It made me realize that, life is hard, but that doesn’t mean it isn’t worth living for.

There are several overlapping effects of cannabis that tend to translate to people;

Of course, this isn’t true for everyone – but the vast majority of long-term cannabis users echo these sentiments.

It’s not just the weed though

It is important however to realize that it’s never the substance that does the work, but the willingness of oneself to make the necessary changes, to let go of the chains of past and evolve into a more holistic being.

This can be best summed up by the wise words of Sooshimon another Redditor;

Nah, dog. That was all you. Maybe weed helped you realize that you could do these things, but it wasn’t the gateway to you being a better person. Blame yourself for that, and be grateful to weed for its enhancing affects, but never tell yourself that you’re successful or unsuccessful based on a drug. That’s a slippery slope.

How has weed changed you? 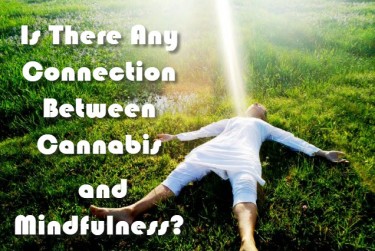 CANNABIS AND MINDFULLNESS, WHAT IS THE CONNECTION?